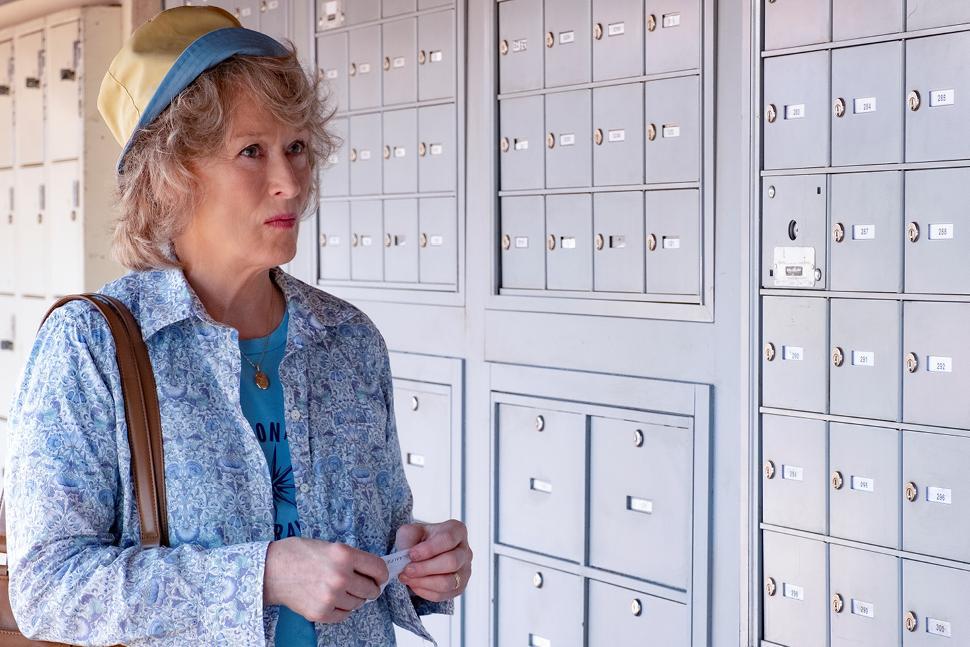 Panama could see its already shady financial image, further tarnished with the  Sunday, September 1 premiere of The Laundromat, a biographical reprise of the money laundering activities of the now-dead  Mossack Fonseca law firm, one of whose principals was an adviser to former president Juan Carlos Varela. While the other sat on a government committee.

The exposure of the company’ files by investigative journalists revealing how they  hid billions of dollars from tax inspectors for  criminals.businessmen, entertainment, and sports stars, even politicians sent a tsunami through world financial centers and led to panic-stricken reactions in Panama,  including the setting up of an investigation team including a Nobel prizewinner and a prominent Swiss lawmaker. Both walked away after what they saw as hamstrung by the government.  The scandal became known as The Panama Paper

It will be released to movie theaters on September 27 before digital streaming on Netflix on October 10.

“ The giant of the streaming platform shows the Panama Papers scandal and the investigation that uncovered this case of tax fraud worldwide, which could impact the interest of foreign investments in the country. Panama is already on the gray list. If the government and society do not make the corresponding adjustments to our legislation,  if they do not strengthen the justice system, if they do not make the adjustments, they can scare away the investments ”, warns lawyer, Ernesto Cedeño.

Panama | International Familiarization and Kinship Opportunities Panama Justice Courts are pampered with trips abroad with concerns for their political affiliates. Panama Executives are well pampered by a princely invitation of family wealth. Promises for a powerful well secured established central nation empire. Panama reminded of a cruel, shameful attack and unwarranted by the United States. Panama project proposals always has a little left over for the citizens tax payers...they deserve it. The Panama mentality is the shared sentiments with China and their perceived willingness to help. The assurance of magnificent monuments to the credit and recognition of Panama presidents. Panama laws are designed for goals of political parties to create their own prosperous territories. Panama previous president wanted more than just a family run business of alcoholic beverages. Former president Varela wants to bask in his yacht with alcohol and the outskirts of cash flows. Cash flow is a sea of China promises of extraordinary wealth...always wealth as the promises made to U.S. corporate executive...900 stationed in China ready to offer technology transfers. Panama does not realize the influence China has over business executive that leads to... $trillions of cash hidden at one time with Mossack Fonseca. China simply says, bring your companies here to China ($Trillions) and we take care of everything. China has an efficient way of doing business without [ALL] those U.S. hampering regulations. U.S. business executives had never had it so...easy (sigh). Panama presidents and dictators have their millions and nation's billions and join in collaborations about great business partnerships among...themselves. Panama presidents do not travel to the poor slums of Colon to show case their works among great leaders of the world. They travel and expound their great virtues about fighting...crimes. Eventually...they do one another favors and decide on worthy investments to protect their hidden wealth in the form of excusable national defense with nuclear tipped missiles. Panama will allow the tyrannical China to spy on the poor citizen tax payers to confirm a guaranteed peaceful transition of their (China) influence to make Panama part of Asia. The Making of Adjustments: All the justice system is doing is making adjustments to allow the parties wealth to make it to their hidden accounts...$thousands and thousands...flow to double and triple...their savings. Just imagine having a $1million or $two million or $10 million and so on...smiling faces.

"if they do not strengthen the justice system, if they do not make the adjustments, they can scare away the investments" Gut response to this is terror. Panama has a way of understanding what's needed, making a pretense of providing it, and then using the new legal strengths to hurt common people while continuing to protect the corporate criminals. It's all a dog and pony show to create an image, without actually implementing change. While we jump through the series of hoops required to have our restricted-use bank accounts, or to use them, corporate crime, enablement, and cover up, continues. While laws against petty crimes are more stiffly enforced and incarceration of poor people climbs, corporate criminals are routinely released and pronounced unindictable, generally based on some bullshit oversight, loophole, or very loose interpretation of the law. There is no appetite amongst the ruling class, to discover or criminalize, shady money maneuvering. This is how they came to be the ruling class. Talk is loud, cheap, and runs thick, but change is unlikely.