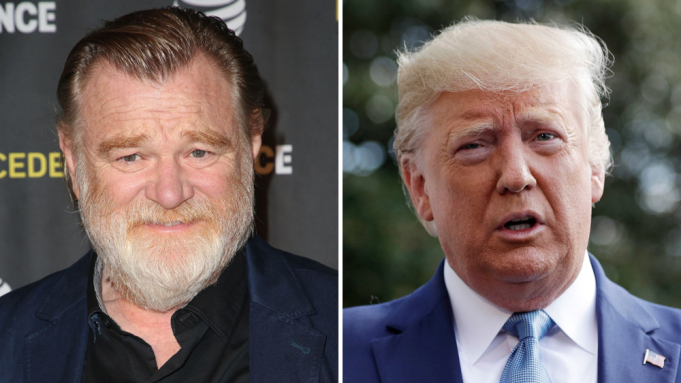 Irish comedian Brendan Gleeson will play the role of President Donald Trump in an upcoming mini-series, inspired by the book of former FBI director James Comey, fired by  Trump in 2017 and a great critic of the US president said   CBS in its Twitter account on Monday, October 7 reports the AFP News agency.

The 64-year-old actor has been nominated several times for the Golden Globes and is recognized for his remarkable performance of Winston Churchill in 'Into the Storm' (2009).

The role of James Comey will be played by American actor Jeff Daniels, also nominated for several Golden Globes.

CBS television area has not yet announced the release date, nor the chosen channel. A source close to the group told AFP, it would be on the CBS All Access online video platform, the Showtime cable channel, or both.

Published in April 2018, "A Major Loyalty: Truth, Lies and Leadership" by Comey was one of the first books to expose the interior of the Trump administration's operation.

The former director of the FBI, 58, portrays Donald Trump as a dishonest and self-centered character, comparing his methods with those of a mob boss. The book has sold more than one million copies in the United States.

Trump fired him from the FBI on May 9, 2017. Comey stated at a   June 2017 Senate hearing that the president had asked him to abandon a part of the investigation into possible Russian interference in the 2016 elections, which involved General Michael Flynn, former US Security Adviser