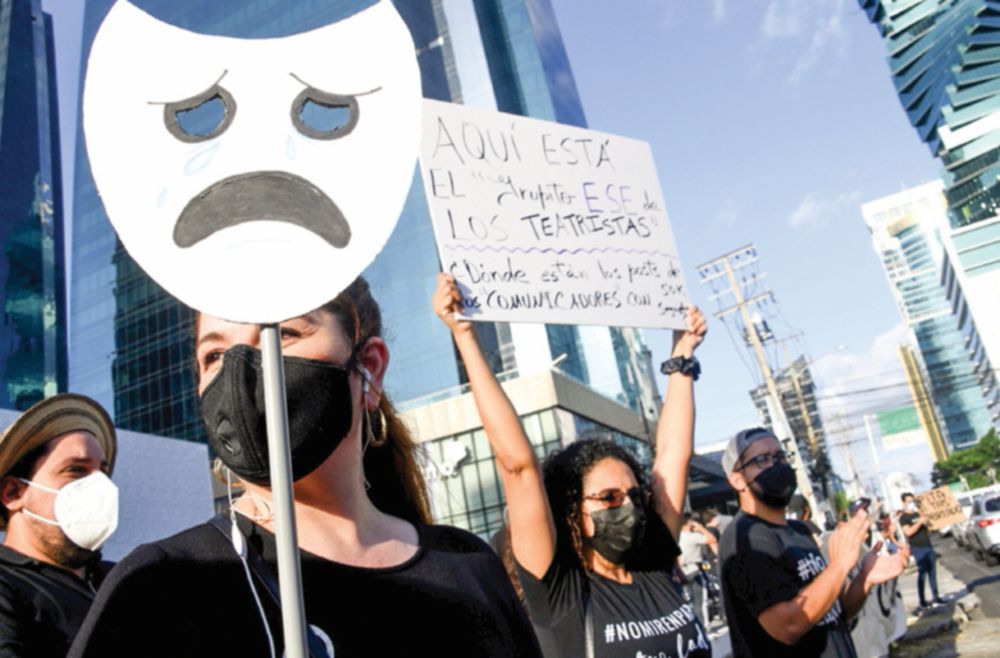 The  Anti-corruption Prosecutor’s office has opened an investigation into alleged irregularities in a  Ministry of Culture project for entertainment via social media.

Sources linked to the investigations reported that initially it is planned to take an affidavit from 22 people of interest in the investigation. Right now, the prosecution located the first two  and is trying to do the same with the other 20.

Among the first mentioned are social communicators whose names appear in the contracts, although they allegedly did not receive the money agreed with the company Jimmy Dawson Production Inc., chaired by Jaime Walter Dawson, according to documents from the Public Registry.

According to the sources consulted by La Prensa, these are the first proceedings that have been known since Daniel Lopera and Mauricio Valenzuela personally filed a complaint with the Public Ministry on February 5 against the Minister of Culture, Carlos Aguilar, for alleged irregularities in the contract with Jimmy Dawson Productions Inc.

At the time, communicators and journalists contacted by La Prensa denied having any kind of contractual relationship with Dawson's company.

Among the communicators are Yodalis Bethancourt, Jaime Chong; Welcome Mojica, and Didia Gallardo.

In the midst of the scandal generated by these contracts, Dawson issued a statement, in which he stated: "the company is charging what is fair and what is due for the work."

Panama | Ministry of Culture Self Serving In Question...$382, 000? Social media? "the company is charging what is fair and what is due for the work." "... 22 people of interest in the investigation". First...Panama vice president Carrizo, corruption scandal. Now, Jimmy Dawson Production Inc. What's next? A Disney Mickey Mouse Production Inc. scandal? Sounds like something former president Ricardo Martinelli would do. What would Martinelli do? Panama contracts are...Panama collateral damages of exponential uncontrollable [DEBT]! Panama president can work with the U.S. without predatory lending practices of the underground front men, henchmen of corrupt network government ties of other foreign businesses. Panama government has to come...clean, clean like renounce the self serving practices. Go to the Catholic Pope and make your vows to God. The United States presidents do this at least at times, it may depend on the political parties and issues. Money is a sickness a disease of addiction of the soul...Cortizo make your vows to God! For your peoples and not the dictator tyrant...Venezuela's Maduro!

29 days ago
The comments are the responsibility of each author who freely expresses his opinion and not that of Newsroom Panama.