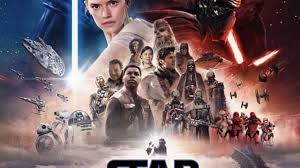 The apocalyptic sci-fi thriller “The Blackout” has secured distribution in more than 90 countries, including the U.S. and China. The movie is helmed by Egor Baranov, the director of the hit fantasy-horror trilogy “Gogol.” reports Variety magazine.

“The Blackout,” which received a wide release in Russia on Nov. 21, will be released in China by iQIYI, one of the country’s largest VOD services, and Shout! Studios will be distributing the film in the U.S. and Canada.

The movie will be one of the first titles to get a wide theatrical release in Japan after the quarantine. on June 12.

“The Blackout” was produced by Valeriy Fedorovich and Evgeniy Nikishov (“Metro 2033”) for Premier Studios. It was written by Ilya Kulikov (“Chernobyl. Zone of Exclusion”). The soundtrack was written by Mike Shinoda, the frontman of Linkin Park.

In the film, a blackout hits all corners of the Earth, except a small ring-like area in Eastern Europe. When military forces venture beyond the ring what they find is shocking. There are corpses everywhere. Scientists determine the cause of death to be a toxin produced by people’s own bodies. Who or what is destroying all life on Earth? How long will the last outpost of mankind survive?

Just get Minsa to lockdown the planet and crisis solved. This movie will be anticlimactic given what people are suffering through here. I imagine international tribunals at some point for Minsa officials.

27 days ago
The comments are the responsibility of each author who freely expresses his opinion and not that of Newsroom Panama.