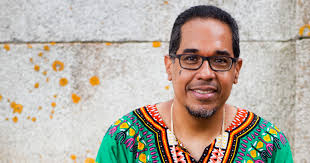 The Panama  Jazz Festival raised the curtain on its 17th edition on  Monday, January 13 in the City of Knowledge, after what the founder Danilo Perez described as a “difficult year.

A bumper catalog of concerts that will run until January with . This year's honoree is Panamanian saxophonist Reggie Johnson.

Pérez festival said that 2019 was a difficult year for the organization of the event due to numerous challenges including the lack of long-term agreements.

It is expected that the situation will be remedied after the signing of an agreement with the Mayor's Office of Panama, which guarantees financing of $250,000 until 2024.

Pérez also urged a cultural change in Panamanian society. "Let's not think of 'I'm going to change if he does it first," said the musician.

Culture minister Carlos Aguilar said that the Jazz Festival is an opportunity to be entertained and meet great world exponents of jazz in the country. "During the years of this festival, many young people were transformed through music," he added.

Iván Eskildsen administrator of the Tourism Authority, , said that great efforts are being made to promote the festival as a tourist attraction of the country along with the tour operators.

"The event is a perfect excuse for tourists to see other tourist attributes," he said.

The agenda of artistic workshops take place in the City of knowledge and the concert program opens at Holiday Inn, Teatro Ateneo, Danilo's Jazz Club, and Villa Agustina.