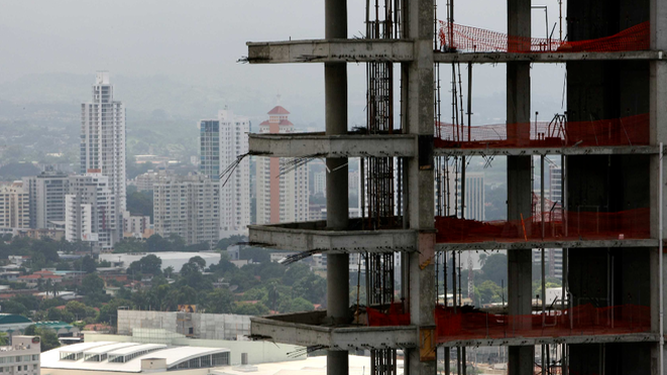 Investment in the construction permits in the Municipality of Panama, fell 14% to  $518,906 million between January and August of this year compared to the same period of the previous year, when the registered investment amounted to $603,435 million, according to a report by Panama’s Comptroller General.

The scenario has improved compared to the decrease registered between the first eight months of 2018 and the same period of 2017 when there was a fall of 44.2% reports La Prensa.

Projects approved between January and August were residential works $322,282 million, commercial ones $196,625 million,

The fall in construction permits is a consequence of the oversupply in the high housing segment, as well as in hotels, offices and shopping centers.

According to the figures managed by the National Council of Housing Developers (Convivienda), there is an inventory of approximately 3,000 homes.

"The available inventory figures could double if we count other promoters who are outside the guild and the commercial premises," Elisa Suárez de Gómez, executive director of Convivienda, told La Prensa.

While that inventory is absorbed, it is natural for new investments to be reduced.

Incenstives
In the real estate fair Capac Expo Habitat 2019, the developers, together with the banks, offered cars for the purchase of a house; bonuses of between $1,000 and $5,000 to equip kitchens with appliances; 5% bonuses on the value of residence for salaried workers and 10% for freelancers to lift sales.

The strategies resulted. According to the Panamanian Chamber of Construction, mortgage transactions for more than $180 million were achieved at the fair, 50% higher than projected by its organizers. However, the union does not yet have a report of the type of housing with most sales on the day.

The situation is not better, it's simply less bad. (or headed in the direction of realistic growth)