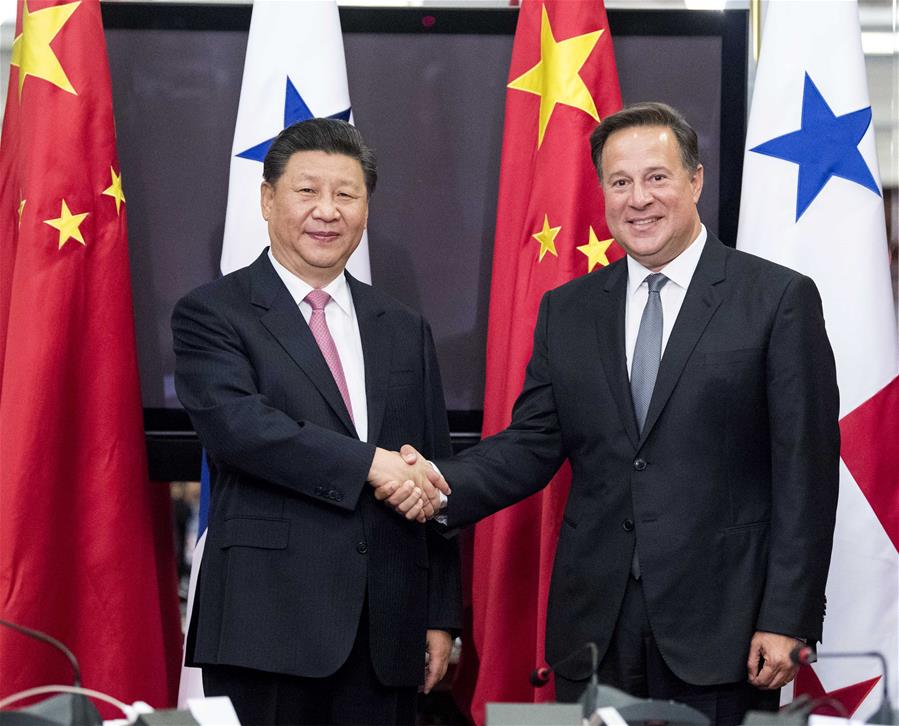 The high speed train linking  Panama to Chiriquí, the dream project of former president Juan Carlos Varela during his honeymoon dance with China is not in the plans of the administration of President Laurentino Cortizo he said on Friday, September 6.

The project had been criticized as not a priority with so many other needs waiting on the sidelines.

Varela had presented, a feasibility study to build the train between the cities of Panama and David. " The project is economically feasible because of the social profitability it represents," he said on March 15.

The feasibility study was part of the non-reimbursable cooperation projects between Panama and China.

For 15 months, Chinese experts worked together with a high-level commission to specify the analysis of the soils, economic impact, logistic studies, routes and strategic locations for the stations.

China has always played the long game and anyone who thinks otherwise is doomed to be absorbed by them. The USA and now Panama (amongst many other countries) are active targets of Chinese imperialism - never doubt that their end goal is total world domination and control.

If you are interested in how China makes then breaks deals, check with Nicaragua and their deal with China to build a new canal. Now the train deal is Panama is off. Seems like making a deal with China is fruitless. All they want is to get control of the canal. Remember that the US, as part of the 1999 turnover, pledged military support to Panama in case of aggression by any other country. Like living at ground zero? - - keep it up with China, or any other country, and see what happens.

Charly Dogg most presidents do not know the U.S. strengths and weaknesses or leverage. There was no comparative advantages among nations and Trump gave this to the U.S. The U.S. tax payers for the longest time did not know China's strategy. The global communities did not know China strategy except Russia / Iran with their similar agendas. Russia and Iran has supported their warmongering and warmongering Iran against the United States in their strategic plans to essentially play guerilla warfare tactics. Iran thinks nothing of killing hundreds of U.S. Americans and the U.S. democrats did not realize a mole in their own government until... Hillary Clinton destroyed her Pay - To - Play operations with the Middle East nation (Saudi Arabia). There are many strategies against the United States and it can be a long duration of a panic slow torture in many disguised forms. I, particularly see the whole event unfolding from every aspect of the foreign nations taking advantage of the U.S. not just in surplus trade...I see the whole government takeover agenda beginning with the weakest link and that is from Panama. The world governments do not even begin to generalize a simple war event theory and think mainly, delay...delay the Iran advancement of nuclear development for war...we all know and just panic. When two sides and the world knows the issues it can at least begin to settle at least for a time the trade war issues. Hong Kong became part of the U.S. / China trade agreement at least unofficially and may have saved Hong Kong lives. If there is to be a war...at least both sides of the military buildup can begin the fight without ignorance of the facts even to the least vulnerable isthmus like Panama. The U.S. White House had to cleanup their swamp creatures for capitalist gains with the other side. That was the one major war effort that included FBI and CIA agencies whose sole purpose was destruction through impeachment of the U.S. president. The White House had to start from scratch, something other nations did not have to worry about. Now, it is about another election and the U.S. democratic election will change the whole ballgame. China knows this all too, well. It is not the nations have the United States at an advantage as you say... it is the United States destroying themselves through sheer ignorance of the foreign strategies. Now, the stakes are higher when proportionate reciprocal nuclear strikes are calculated. Changes the whole global strategy because...U.S. allies are included in that kill calculation.

@George Klk All that you write here, is complete fearmongering Bullshit. You could have a job next to the Trumps warmonger. In REALITY China has the US by the balls, all it has to do is SQUEEZE. All that the US can do is bark around like a injured dog. People like you believe, support and share these barks then.

Panama | PREDICTION: The Proportion of Strikes Between China and the U.S. China is 4.6 times the population of the United States. The nuclear strike population numbers, U.S. / China: China decides to strike 25% of the U.S. population: 60 million (U.S.) population. The United States reciprocal strike of 25% of China population: 279.6 million (China) population. The U.S. reciprocal nuclear strike against China will be 4.6 time greater. China will launch a 75% nuclear decimation strike at the U.S. population in retaliation. The U.S. will anticipate strike and take the necessary military defense A.I. procedure. Russia will attempt to strike at U.S. power grids...a clear signal of the start of war! China will attempt the use of its Huawei 5G network attacks...a clear signal of the start of war!

Panama | Nations Sell Out Their Woes To China...Greed and Debt. Technology and innovations will dominate markets in China's favor. China capital generated in $trillions can dominate currencies. China alliance with sanctioned nations will favor a nuclear temporary truce. China support of Iran will increase intimidation against the U.S. global and allies. The United States war with China / Russia / Iran / N. Korea is basically guaranteed. China and Russian nuclear launch experiments and Russian nuclear accidents will continue. Russia's continued nuclear accidents to destroy the U.S. is a no turning back provocation. The United States will be the 'Guinea Pig' experiment with multiple strategic nations thumbing their nose at U.S. sanctions. Any one nation conventional strike increases the one nuclear strike with equal response. China / Russia / Iran / N. Korea / Turkey aggressive economic and military developments at the expense of world surplus trade are constant modified strategic plans to include all nations. The United States democrats appeasements for China and their allies will contribute to the escalation of swift chain reactions of hypersonic nuclear detonations with adverse climate effects. No treaties at this point can be respected and everyone is the enemy and maps are nuclear attack war games for the underground super rich dictators. China / Russia million lives destroyed here, let's destroy a million lives there... okay, I'm warning you...I told you so... China, made this statement with the trade war escalation. China has the world trade surplus gains ($trillion) and ($trillions) war chest capital with 1.4 billion Chinese population with the gains in world markets and innovations... China has room to play with a million lives there...and another million live over there while enjoying the sight of the population of U.S. decimated with neutron bombs and radiation fall outs. China will scour the U.S. with millions of Chinese patrols with buildings still standing. Bodies evaporate and China is recognized as unstoppable with Artificial Intelligence. Remember, China takes care of everything for the U.S. 900 companies doing business in China...some have left, but may have similar agendas with China...capital greed. Logically and based on the facts, the United States cannot afford to allow China the upper hand.

So first Pompeo visits the nee President and shortly after the goverment says no more $1coins . My guess is that visit was to get panama to stop the countries own money and go back to the USD as many countries are dumping the USD and the US is worried . Next no silk road train in panama . I wonder who said what to whom. The US is going to lose world reserve currency status just like every other country in history has . Then the folks in the US will have to face real prolbems .the pretending is ending

Panama | Reinvestments in Vital Connections A Better Alternative to 'Social Profitability'. Connections of the basic mentions above is a good beginning with ample room for further investments. Connection to the Baru volcano was also on president Cortizo agenda and good for tourism. The investment for a large manmade lake for shipping demand should also be a priority. A manmade lake / reservoir is a long term profit generator and should reduce the borrowing and mounting annual debt so prevalent among ambitious new presidents. New presidents must maintain the right objectives when negotiating on the terms from some far off foreign land with their own political motives. As the demand for the Panama canals continue Panama should be ready for a new Panama fourth set of locks with plenty of water available. The previous administration has lost sight of this with China strategic goals. The Panama presidency must be extremely cautious of China's influence and trappings!