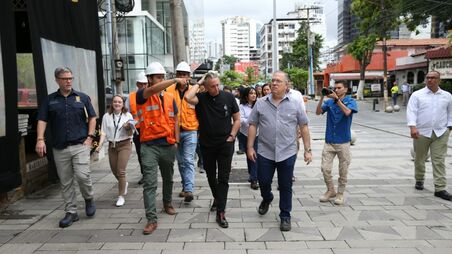 The unfinished projects on Via Argentina and Calle Uruguay, part of the legacy of the previous mayor have to be completed said  Panama’s new mayor, Luis Fabrega, on Monday, July 1.

There have been constant complaints from residents and businesses some of which have been forced to close, due to problems, generated by the projects whose completion dates have long passed.

Mayor Fábrega announced that they have asked the architect Antonio Docabo, director of Works and Constructions of the Mayor's Office of the last administration of José Isabel Blandón, to remain for the next five years.

He added that the name of Docabo will be presented to councilors for ratification.

Fábrega said that a few weeks ago they called different agencies and groups together to analyze a better solution for the projects.

He also stressed that it is vital to get all the capital’s cleaned up, in order to notice a change.

"We will work with all the necessary State bodies, in order to do the works we have in mind," he said