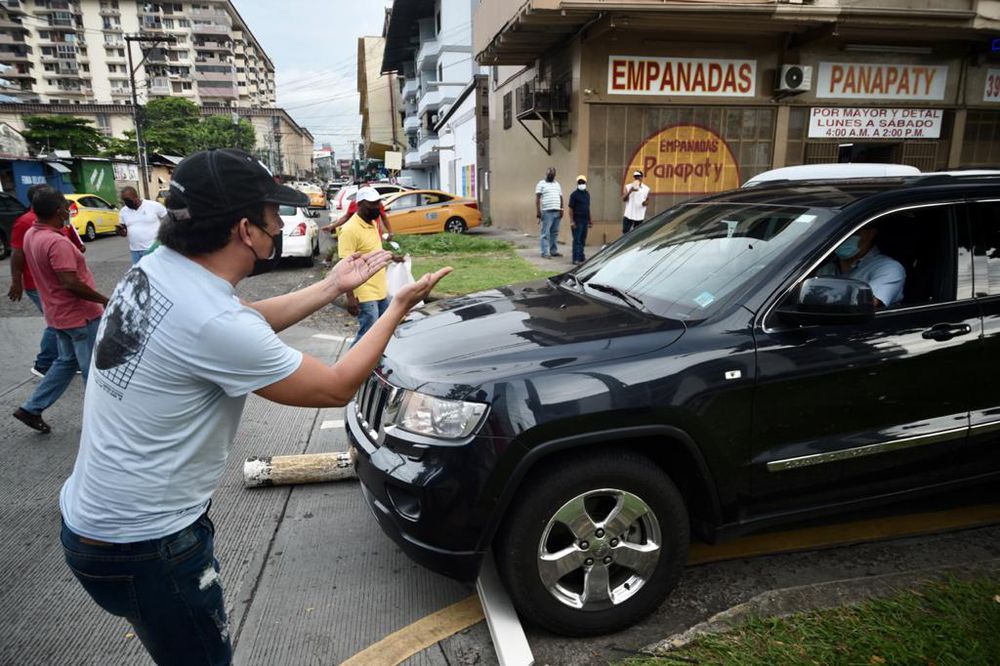 At least 10 people were arrested by crowd control police on Avenida Balboa on Friday, May 7 during a demonstration by taxi drivers that started at 6 am and lasted until the busy roadway was finally cleared at  11.30.

Meanwhile, thousands of workers across the province were prevented from reaching their destinations as the protestors blocked highways to express their rejection of the Transport Authority  (ATTT) move to end the practice of allowing taxis to operate only on alternate days governed by the last number of their license plate. The drivers want it extended to year-end or the end of the pandemic.

There are some 100,000 licensed taxis in the region. They plan to gather in Plaza  Cinco de Mayo on Tuesday and march to the Presidential  Palace to make their voices heard.

Nubia that is all welland fine but ha most likely is running a illegal business. There are locals that are following the rules that are hurt by this. Now if he has taken out resistancy then yes its legal but if not he is also part of the problem. Does he carry the correct insurance if he is ever involved in a accident and passengers are hurt? Honest workers should not have to compete against illegal works yet I know there are many in Panama. I have seen the news where ATTT has caught these black cars and the news shows the passangers are left standing on the side of the road as they tow the vehicle away.

The answer is private transport like Uber. break the back of the Taxi Mafia here. A Venezuelan friend makes good money shuttling people around as a pirate taxi. He schedules runs to the city from David so people don't have to drive or be on a Covid bus. An 7 seater SUV is all it takes.

So this has nothing to do with the flu it is because the taxi people have realized that they make better wages if half dont work because then they keep busy and then get the next day off. As apposed to working all day but getting less fares. I can see their point but the people use taxis here more than any place i have ever been for just short trips down the block. But the gangsters need to take their beef up with the goverment and not hold the hard working people hostage. The police need to start seizing cars if they are used to block roads.