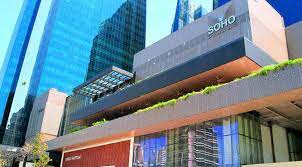 The State has just scored a point in the battle declared by the merchant Abdul Waked Fares against the National Bank of Panama (BNP), from which it claims compensation of $1,268.7 billion, for alleged damages related to the transfer of what was once, was his Soho Mall reports La Prensa.

On September 7, the Third Chamber of the Supreme Court granted an appeal filed by the Attorney for the Administration, Rigoberto González, and the lawyer Nelson Rojas, on behalf of the Ministry of the Presidency, against the decision of that same chamber to admit Waked Fares' claim for compensation.

The case is four years old. On August 23, 2018, the Third Chamber admitted Waked's claim, in which he argues that he was pressured by the BNP when signing the trust to which he transferred Soho Mall in July 2016, after being included in a sanction list of the Department of the US Treasury, on activities linked to money laundering and drug trafficking. Waked, his son, and several of his partnerships are still on the so-called Clinton List.

Before, the merchant tried a similar maneuver, regarding the trust to which he transferred the Felix chain of stores. However, that claim was rejected on July 3, 2017, because then the Chamber considered that it did not have tenacious jurisdiction to settle this conflict, since it was a private and commercial transaction.