Quarantine lifted but Azuero off limits 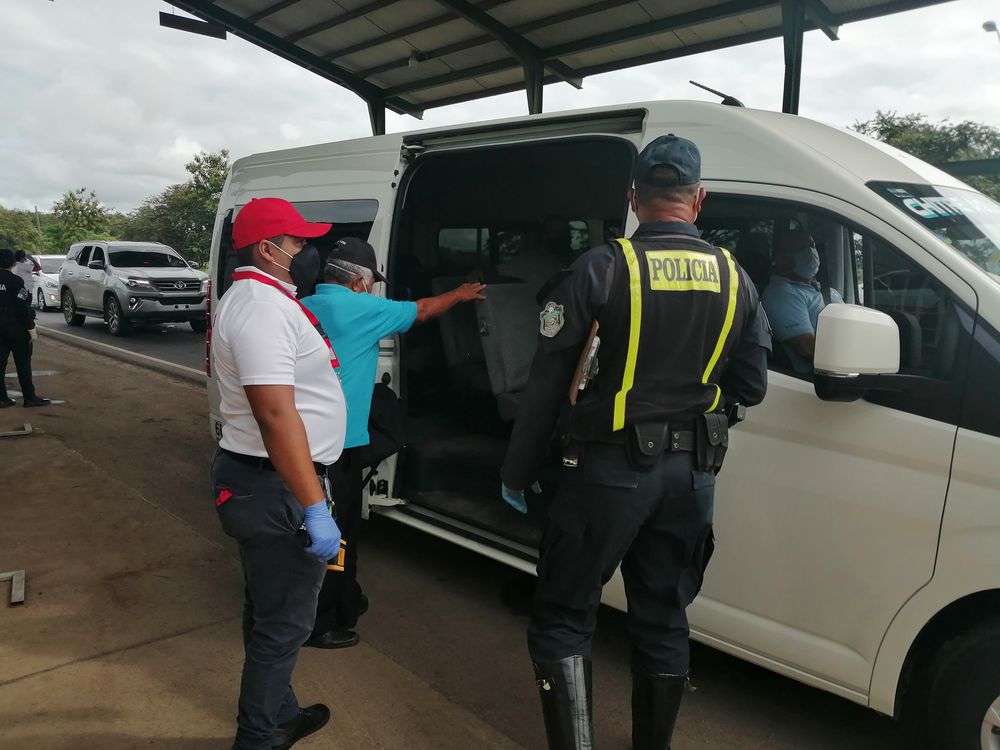 While most of the country celebrated the lifting of the quarantine on Monday, June 1  the  Azuero region reinforced the sanitary fences of Santa María and the Ocú Crossing.

Roca Cuan said that those who try to go through both sanitary fences are being asked for proof that justifies their entry into the Azuero region.

"We are monitoring car by car, including public transportation," he said.

People who have an agricultural passport or who work in Herrera or Los Santos may enter the province, after certification of the companies in which they work.

“People who come without a valid justification or for tourism will be returned,” warned the governor adding that bus passengers  have to get off an have their temperatures taken

The head of the Herrera police area, Johnny Rangel,  said that in the first hours of Monday about a dozen  drivers who  could not justify entering the province were turned back

"There are people who come from other provinces and what we want is to guarantee the safety of people," he said.

Goooooo jb!! Sara might get her wish. I watch encuentra 24 every day for real estate deals and there are more and more going up for sale every day. Soon the prices will be where they are supposed to be. Soon even Sara will be begging a gringo for a breadcrumb. She probably wont get it though. You know when her mother dropped her off for school, she got arrested for littering. Feel sorry for Sara.

Your comments are disgusting Jbbrown. You are a predator gringo preying on the vulnerable women here. I will celebrate when the last capitalist pig gringo is finally removed from my country. That day is coming. You see our brothers and sisters in the USA taking control of entire cities. How everyone must submit! How white boy are beat down in the street in real social justice. The change is happening gringo

Starving the tourist locations is just stupid. The virus is not deadly for most a first thought. It's getting weaker according to reports from Italy. So the peoole of the azuero will get no Tourism for a year. Better plan accordingly.

The effects of the lockdown and the economic strife is becoming more apparent. Last night after work I went to the El Rey on Via Espana to pick up a few things. Man the women everywhere from the shoppers to the girls working at the checkout were more agressive than ever. Beyond flirting. Panamanian girls aren't my thing so I politely dismissed them. I did get a # from a real Cutie from Venezuela and a drop dead Colombiana who swears she's not a hooker hahaha. So good news for all you beta males out there the Panamanian girls will even settle for you now! Thank you Cortizo!

They haveconly had a couple of cases down there so they are doing something right. Just keeping the locals safe

FIRST you have to have hotels and hostels open for tourist and that is in the 4th stage of opening. 2nd and most important you have to have TOURIST. which no one has and won't have for a long time

Best hot dog I ever had in my life came from Las Tablas. Went to a street vendor after my supper at a fonda cause I was still hungry. First time I ever heard of a slaw dog but it was excellent. Drenched it in chombo sauce. Nobody could believe I ate it all. It was hot but was great!

Everyone knows that small towns like Las Tablas, and Pedasi survive off of tourism and the hokey street parties they host. So what is the point in doing a partial curfew? People who work in service and tourism related areas haven't had a paycheck in months. Looks like they won't get a paycheck for a long long time. These little mom pop operations are going to die on the vine.