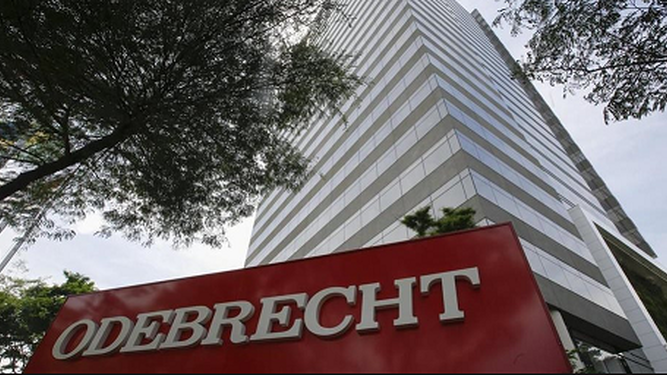 While Panama’s search for justice in the Odebrecht bribery scandal has yet to put any prominent figures from previous administrations behind bars other Latin American countries caught up in the billions of dollars corruption net are less forgiving.

The Judicial Branch of  Peru issued 18 months of preventive detention against 14 of the 16 legal arbitrators accused of favoring the Brazilian construction company Odebrecht to the detriment of the State, within the framework of the corruption scandal.

Jorge Chavez, magistrate of the Third Court of Investigation in Crimes of Corruption, said that the ruling "accepted the prosecution  proposal that the high fees of the arbitrators are an undercover bribe."

In reading the resolution, he pointed out that the arbitration proceedings in which the accused lawyers participated "were murky, favorable to Odebrecht with special characteristics" and explained that he was going to pronounce for the alleged commission of the crime of specific passive bribery against all the referees.

"A bribe is never public, it always seeks to hide," Chavez said.

Among those sentenced is the lawyer Humberto Abanto, defender of the former secretary-general of the populist right-wing Popular Force party, Jaime Yoshiyama, who is serving 18-months jail for alleged money laundering in the corruption.

Prosecutor Aleman Juárez alleged that the arbitrators had allegedly issued awards in favor of Odebrecht and to the detriment of the State for up to $281 million.

The thesis of the Prosecutor's Office is that the Brazilian construction company would have bribed arbitrators to decide in their favor in 26 controversies that it had with the State.

Judge Chávez rejected the serious suspicion of committing the crimes of illicit association to commit crimes, aggravated collusion and money laundering, which the prosecution advanced.

The two lawyers who were not sentenced to pretrial detention were Emilio Cassina Rivas because of his age (80 years) and health status, who received an 18-months house arrest, as well as his son Emilio Cassina Ramón, in appearance with restrictions.

The opposition leader Keiko Fujimori, whose Popular Force party controlled the Congress, which was dissolved on September 30 by President Martín Vizcarra, is also investigated and imprisoned for this case.

Alleged communications by former President Juan Carlos Varela are disclosed on the internet<<>> Panama former president trips to China to meet Xi Jinping has been very private secret meetings. Facts: Former president Varela business trips abroad...secret meetings? 1. Former pres. Varela agreed to 'One China Principle". 2. Varela signed numerous agreements, many non-transparent. 3. China wanted the Amador Causeway for their headquarter...voted down. 4. China Fourth Bridge contract included a $50 million restaurant (China / Varela), not part of proposal? 5. Varela is now, at a China trade show in Shanghai establishing an unknown business relationship? 6. Varela has had meetings with Venezuela pres. Maduro establishing relationship? 7. China, Russia, Cuba has maintained their presence in Venezuela for years of economic crises! 8. Venezuela pres. Maduro establishing relationships with Latin America and... [Maduro may be working for the Russian president, Putin?] 9. (Repeat)...Varela has had meetings with Venezuela pres. Maduro...? 10. Venezuela former president, Chavez has had a meetings with Cuban president, Fidel Castro? Will Panama be the next Venezuela? Panama must not let this happen with former president, Varela!

Panama | Ironic How Panama Sued Odebrecht, Yet No Guilty Lawyers! Plea deal does not justify that someone or many guilty parties committed the crimes. Panama should not receive any money unless there is a proven crime for damages to the state. Panama laws than becomes...[IMPUNITY] / forgivable crime because the state got their money back? Panama has this backwards and is abetting the crime because of a complicit operation. Panama than must allow foreign companies to do whatever they want including...wiretapping! Panama than becomes a criminal pact and a..."den of thieves" not to be trusted. Who are the guilty? None other than the Panama Supreme Court Justices...they know! Panama Supreme Court Justices give their blessings for ($$$) with the political system. Peru has just demonstrated the true court justice due process to indict and convict the criminals! Now the United States sent their delegates from 10 states to work with Panama before the corruption of China encourages more of this type of craven crimes! Panama stuff their men and women in cages while the elite high robber barons enjoy privileges.