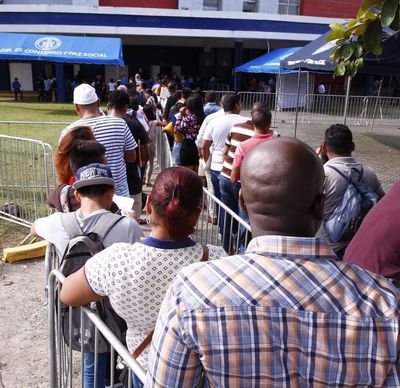 Panama’s unemployment rate has climbed to 7.1% with 146,111 seeking work , says a report by the Comptroller General published this week.

Last year, there were 118,888 unemployed people in the country, which means that in a year at least 28,000 peole have  joined the ranks of the unemployed with jobs in the hotel and restaurant industry particularly hard hit  by the fall off in tourism.

The majority of the unemployed seek employment on average four times a month, without success, according to the Comptroller's report.

The world has figured out Panama is not a real tourist destination. A quick read of Tripadvisor clearly illustrates why by the bad reviews.

the world economy is imploding .its not just here but panama will feel.it as Canada the US and Europe all slow down ..the US for example is back in the QE at 60 billion a month and the goverment is pumping 100 billion a night into the REPO market . but feel free to believe the lies of yhe goverment about the employment picture and take the free money out of the system and watch the market tank