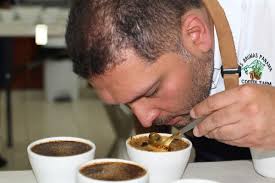 Some 50 lots of Panama’s best coffee including two new varieties which enter the world’s major leagues in which Geisha and Pacamara participate will be auctioned, on world markets on Wednesday evening, September  16.

The lots are coffee, which obtained the highest scores in the annual Best of Panama tasting, where international judges evaluated each sample of the Panamanian bean with the highest standards.

Plinio Ruíz, president of the Association of Special Coffee Producers of Panama (SCAP), confirmed that in the virtual auction the two new varieties that will be auctioned are Maragogype, from the farm of Benjamín de Dianous and Stefan Muller, which stands out for its intense fruit flavors and fragrance; and the Mokka variety, from the Teodoro Garrido estate, which stands out for its fruit flavors.

“We hope to achieve an attractive average price per pound of coffee this year, after carrying out the traditional local and international cupping, with the help of technological tools and at a distance, to carry forward the name of Panama,” said Ruíz.

The electronic auction will begin at 6:00 pm Panama time and will end three minutes after the last bids.

Now is the time to own a part of Panama coffee production and assets in general https://www.premiercasa.com/en/panama/panama-guide/6-points-of-real-estate-agriculture-investments