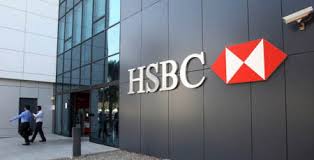 Buzzfeed News has expanded coverage of tthe FinCEN Files investigation —based, in part, on thousands of secret US Treasury Department documents and in revelations of the activities of HSBC  points another finger at Panama.

After an earlier massive fine imposed on HSBC and a monitoring agreement “The inside tale of what happened at HSBC, told here for the first time, underscores how toothless deferred prosecution agreements really are” says Buzzfeed.

“The records show that the bank continued to do business with companies that its own employees raised red flags about.

“Vida Panamá, owned by Panama’s powerful Waked family, used the bank to exchange $292 million in suspicious transactions before the Treasury Department declared it a money-laundering organization that washed funds for narco kingpins. An attorney for the family, Yasser Williams, told BuzzFeed News the business was legitimate, and the Wakeds plan to fight Treasury’s designation.

A Turkish financial consultant made 124 suspicious transactions in 2015 and 2016, including a wire transfer to a California electronics company accused by the Justice Department of laundering cash for the Norte del Valle drug cartel. The California company did not respond to a detailed message.

And the bank flouted Treasury Department guidelines by doing business with financial institutions in Transnistria, a breakaway republic in Moldova known as a haven for financial crime.

Panama | Commentaries Verified Based on the Facts || My last article of drug King Pins and money laundering in a story format in a light whimsical comedy was realistic enough and just commented...yesterday! The Panama state accountability question is... former Panama president Martinelli under house arrest? former Panama president, Martinelli leaves Panama to stash dough in the U.S.A.... leaves Panama and loses specialty principle with the U.S.A.... leaves his residence, associates with a boxer celebrity without a mask... does not appear the least bit remorseful about his sons extradition to the U.S.A... does not appear in court and claims major health problems including mental stress... appears perfectly healthy, strong and carefree to any public challenge / lawyers / $$$... appears to beat the criminal cases with absolute assurance from the Panama legal system... appears to be supported by the current president Cortizo who supports dictatorships / Maduro... Maduro...the life of a bus driver has killed...9, 000 protestors in his reign for political power... Maduro stated (Venezuelans)..."HUNGER IS THEIR BUSINESS"... Panama president Cortizo has not addressed the Panama Constitution reforms... P.P. Cortizo does not mention the non-transparency with the new General Comptroller... P.P. Cortizo does nothing for justice in Panama and... appears to allow the illegal state fund activities beginning with the National Assembly. Transparency Organization has condemn the... Panama General Comptroller non-transparency of specific and significant corrupt monetary actions. Panama continues to be under the Grey and Black list. The United States continues to link major money laundering tied to Mossack Fonseca. The U.S. stated the Specialty Principle does not apply to Martinelli. Panama's legal system appears to disregard it as a mere formality... does not have to charge...former Panama president...Martinelli. Panama has lost major tuition for student applicants for the University of Panama. President Cortizo does nothing for Panama for their welfare and abet the elites... to avoid Panama legal court system through...sins of omission Panama next election will be sealed for absolute control and power by the elites National Assembly and China / Russia / Cuban influence as Cortizo continues to support a corrupt dictatorship as evidenced by his approval of... Venezuela's illegal president and dictator...Maduro.