Most complaints from “lawyers linked to corrupt politicians” 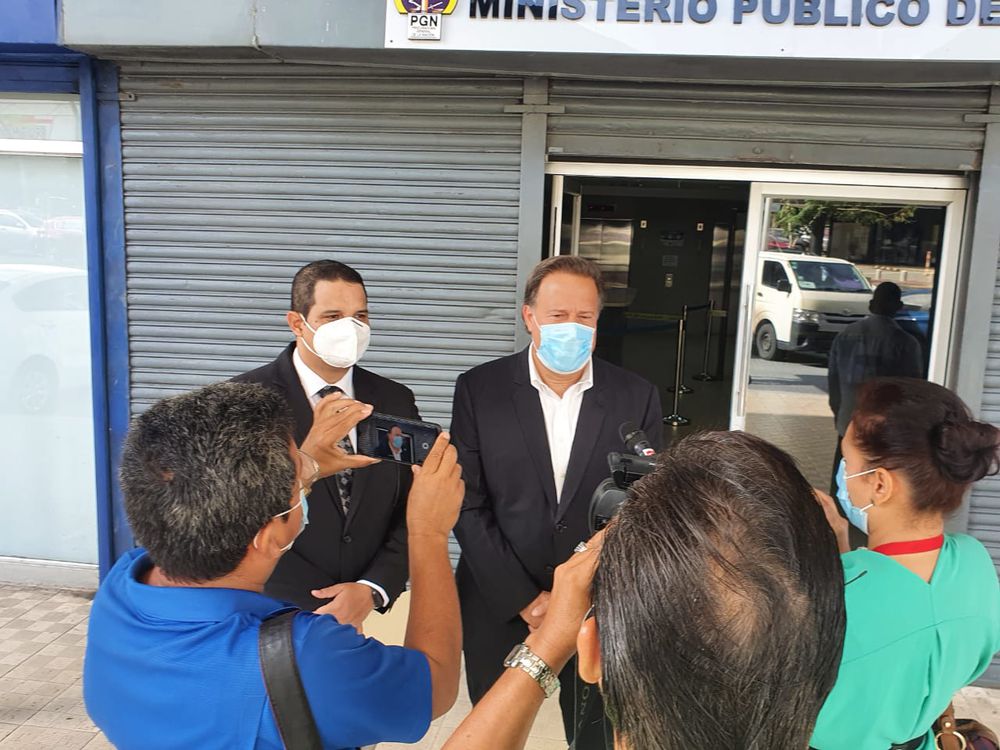 Former President Juan Carlos Varela made  a less than 20 minute “voluntary” visit to the office of the  anti-corruption prosecutor  in the Odebrecht case on Monday, June 29.

The prosecutor is investigating a complaint against him for alleged money laundering and illegal association to commit crimes.

Varela went to the prosecution service "voluntarily" , according to his spokesman Carlos Estrada, four days after the judge of guarantees Irene Cedeño validated the evidence in the complaint filed by Sidney Sittón and Miguel Antonio Bernal, which also involved the former Minister of Works Publics and ex-treasurer of the Panameñista party, Carlos Duboy, and ex-diplomat Jaime Lasso and his daughter Michelle.

In the proceeding, Judge Cedeño argued that the seizure of data did not violate the rights or guarantees of the accused

According to Varala, he went to  the Prosecutor’s office with the intention of expressing that he is in the best position to answer any question on the subject of donations in electoral campaigns.

"I have come to put myself at the disposal of the Public Ministry, and answer any questions about donations for  our political campaigns," said Varela after  a  visit that lasted less than 20 minutes.

The former president said  that in his government works for more than $20 billion were tendered, "and not one is being investigated for a price premium."

More than 15 complaints filed against him ‘’have a common denominator of harassment and threats  Varela told waiting media.

“ Almost all of them come from lawyers linked to corrupt politicians and drug traffickers. They also come from the same source that has been harassing journalists, judges, prosecutors, and former judicial officials, as well as Panamanians, committed to building a decent Panama.”

SHOW ME A POLITICIAN AND I'LL SHOW YOU A THIEF.

SHOW ME A POLITICIAN AND I'LL SHOW YOU A THIEF.

Hey jb when you finally decide to leave i hate to see you leave dead broke seeing you might need plane tickets .here is what i can do for you .if you hsve a car no older than 3 yrs i will give you 2 g cash and drive you to the airport in it ..better than just leaving it in the parking lot on your way out .

Too funny Varela started all this investigation crap going after Martinelli as a personal vendetta. Now it has right around and bit him on his arse. I don't think the PRD intend to allow another party to ever take power and investigate them.