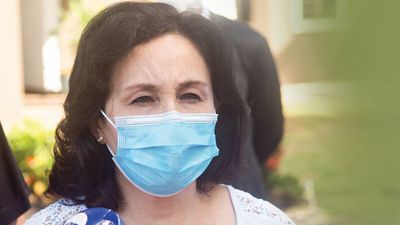 The bankrolled sledgehammer campaign by ex- Panama Ricardo Martinelli against members of Panama’s judicial system who have crossed his path, got a slap down and an admonition from a judge on Friday, July 31.

The civil lawsuit filed against former Attorney General  Kenia Porcell was not admitted, and the cancellation of the seizure of assets and accounts of the former prosecutor of the Nation was ordered.

The Third Judge of Civil Circuit, Ana Zita Rowe, declared "unacceptable" the behavior displayed by Martinelli and his attorney, and requested the plenary of the Supreme Court of Justice to, urgently, "Take the necessary actions to process the protection of judicial independence in this case."

Rowe also ordered the cancellation of the bond for $144 thousand, consigned by the former attorney to prevent the seizure of her property. However, the judge kept at the court's disposal the bonds that Martinelli presented, "as a surety bond."

The seizing of the assets and accounts of Porcell was decreed on  March 9, for up to $120,000, and on July 9, the execution sheriff Grennal Cruz appeared at the Porcell residence, in the Mont Blanc urbanization, in Brisas del Golf, to carry out the seizure h. She came accompanied by several police officers and Alfredo Vallarino, Martinelli's lawyer. Vallarino even entered the home of the former attorney, who was at the scene, with her husband and two children. Porcell declared to the journalists that they intended to carry goods for a value higher than that ordered by the court.

That same day, the ex-attorney posted a bond for $144,000, which covers the value of the kidnapping, and the proceedings were suspended.