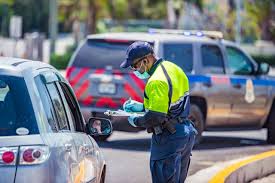 With over three months to go before year-end, Panama’s homicides have already surpassed the total for 2019.

As these figures emerged during the months of the greatest restriction of mobility and social activity that the country has known in more than 30 years, the paradigm of citizen security is in serious trouble according to a  La Prensa analysis.

Currently, the National Police has 18 628 uniformed personnel, including cadets, according to payroll records.

When Jorge Miranda took over as Director  In July 2019, he assigned 82 officers to escort him and other senior officials of the institution, as well as the Ministry of Public Security.

If it is assumed as reasonable that the commissioners and deputy commissioners of the National Police have a minimum escort of one agent per shift for their work, and one entity vehicle for their transportation, this represents 275 vehicles and about 1,100 escort agents, not including possible family custody’

Added are officials of the Ministry of Security and the Public Ministry who also receive protection reports La Prensa.

In March of this year, Miranda reported that 78% of the vehicle fleet had more than 6 years of service and, 54% was out of service due to lack of maintenance.

Presumably, an important part of the fleet is assigned to the escort service of the officials.

If 54% of the entity's fleet is out of service, then only the remaining 46% had to attend to all the needs of mobilization, escort, citizen security, and surveillance.

This pressure on resources has an obvious impact on the rapid response capacity and coverage of the Police says La Pensa,

Another aspect that greatly limits the availability of police resources and constantly exposes them to sources of corruption is the police custody service of the Penitentiary System.

It is difficult to obtain updated figures but in 2007, according to the then Chief of Police, Rolando Mirones, the institution had 2,000 agents assigned to prisons, for a population 11,345 inmates. In August 2020 there are 17,726 inmates, and the number of uniformed personnel assigned to these tasks has increased proportionally.

The Plan"
In his Government Plan,  President,  Cortizo, proposed a security strategy, which in point 4 stated the: “Recovery of High Complexity Neighborhoods through the Law and Order Plan, to defeat drug trafficking and violence, through prevention and repression ”.

Six months after the strenuous physical, emotional, and family effort of the Police officers to ensure compliance with health measures, now it is their turn to take action to confront organized crime and growing
national-police prisons miranda
Share
Previous Post
Tocumen passengers warned to arrive 3-hours ahead for 41%  travel surge
Next Post
Health Ministry boosts staff at airport for 41%  passenger surge

What a sorry bunch of individuals....vary your routes to keep from being kidnapped? Good lesson from germany! Last 'kidnapping' here was against two very wealthy individuals.... so do you really believe youe gonna get kidnapped if your a plain ole retirerd gringo? Get real! Beatings? Yea brown.... and for those of you who have to take a loss on your "investment"... you over paid thank to some huckster realestate seller... or maybe you followed the advice of 'International Living"...and for the gent who complained about that he might have to pay property tas on his beach hideout.... so why should you not pay tax? Are you special? Or just plain havin one of those hollier than thou gringo attitudes! Go! Leave! Catch one of those flights the embassy has indicated are available!!

Very good advice. We have learned the hard way and have had our home robbed twice here in Chiriqui. Installing bars on our doors and windows did nothing to help we returned home to find them pried open. The neighbors claimed they saw and heard nothing. Good luck trying to sell we have had our house for sale since 2016 and have lowered the price, still no buyers. We can't leave until we sell, but don't want to spend the rest of our lives here especially since this new crime wave has started. Please be careful everyone.

#1 rule in Panama is if you want to keep it lock it up! Don't leave your shoes, bbq grill, or anything else outside that you want to keep. Rule #2 is to do what they taught me in my Army days in Germany, vary your routes. This is very important now! Don't leave home at predictable times. Don't take the same roads everyday, vary your routes. Make it harder for robbers or kidnappers to target you. #3 be aware of your surrondings. Pay attention to people and vehicles and if you see the same one twice go up a level on your security meter. #4 harden your home but also check it before entering. Make sure no one is already inside waiting on you when you return. Same applies before exiting your car make sure no one is hiding to spring from the bushes. #5 limit time out after dark. Risk rises after dark everywhere but here in Panama it's a special threat. #6 carry personal protection and learn how to use it. Have it at the ready, fumbling in your purse looking for it won't end well. I agree with everyone else that the new normal is not normal at all. Let's all hope we can survive it together.

Very well said JB and you called this crime wave months ago and the usual suspects berated you. I don't like the new Panama at all, even the Panamanians don't like it. The damage is done here. The best we can do is try and stay safe until our house sells and we can escape.

You must be a "lefty" with all the fear mongering you post here. You trying to be Panama's tucker carlson???

The much anticipated violent crime wave is underway. The murders will gain the most attention but armed robberies, home invasions, beatings, express kidnappings will all be taking place but with much less fanfare. The police can't be bothered with armed criminal, they might get hurt. If you want to find the police go the beaches where they are in abundance writing citations or making arrests for non compliance with mask orders. How ya liking the new normal so far???