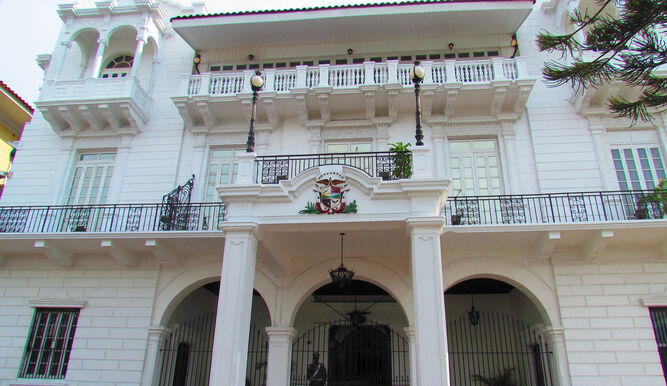 Reacting to the release of the Pandora Papers a statement from the Presidency said that “without prejudice to the freedom of the press and information that we strongly respect, and with the intention of avoiding sensationalist assessments such as those that have caused us great harm in the past, we are working in a cohesive and inter-institutional manner, determined to counteract the negative repercussions of any tangential scandal in which they want to involve the country. "

The note from the Government of Panama indicates that, through the Ministry of Foreign Relations, the management team of the ICIJ has been informed to follow "its publications carefully and that they should avoid references without informative justification associated with the country."

The Panamanian government stated that “the Superintendency of Non-Financial Subjects, in turn, will immediately supervise the obligated subjects of our jurisdiction mentioned in the publication, as part of our timely response, for the protection of the country's image and reputation ”.

It was reported that the " General Directorate of Revenue (DGI) will initiate the processes of inspection of natural and/or legal taxpayers in the Republic of Panama indicated by the same publication and will attend to the exchange of information with the aforementioned jurisdictions."

Panama has signed international cooperation agreements such as the Multilateral Competent Authority Agreement (MCAA), the Multilateral Convention to Implement Measures Related to the Tax Treaty to prevent base erosion and the transfer of benefits (MLI), and Mutual Administrative

Assistance. in Tax Matters (MAC) and has implemented the Organization for Economic Cooperation

and Development (OECD) project on Base Erosion and Profit Transfer (BEPS) to address tax evasion, improve the coherence of international tax regulations and ensuring a more transparent and competitive international tax environment.

"As a result of the continuous work that we are carrying out, in a single year, due to breach of Panamanian regulation, more than 50% of the 762,709 legal entities registered in the Public Registry were suspended, we promote constant supervision of the performance of resident agents and firms of local lawyers, and we comply with the exchange of tax information with 66 countries through the DGI, "the statement said.

President Cortizo said: "It is our duty to defend the interests of the nation and fight so that the name of the country is not associated with activities that we repudiate and that we fight with the law.