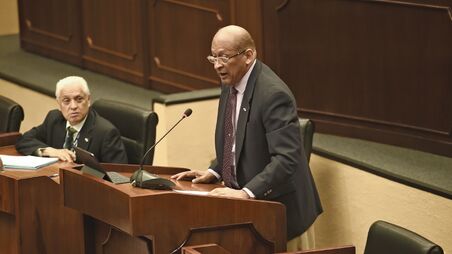 The approval of the law that raises Panama’s fiscal deficit limits for this year and next will lead to a further weakening of the dynamics of public debt says the Fitch Ratings agency.

"The modification of the deficit ceiling follows a pattern of a decade of postponement in fiscal consolidation goals that has weighed on the credibility of fiscal policy, a key limitation for sovereign rating since the improvement to BBB of the year 2011", the agency said in a statement.

Of the three major rating agencies, Fitch Ratings is the only one that keeps Panama on the BBB stage (the second in what is considered investment grade).

The other two agencies, S&P Global Ratings and Moody's investors Service, raised Panama's rating to BBB + and Baa1 respectively in the first half of this year, r.

Fitch estimates that the objective of maintaining the relationship between net debt and gross domestic product below 40% will be breached in 2021.

The risk rating scales reflect the opinion of the capacity agencies and the willingness of an issuer - in this case Panama, as the Republic - to meet the commitments of the acquired debts.

Fitch refers in its most recent statement to the latest modification of the Fiscal Social Responsibility Law, which raises the deficit limits due to a fall in tax revenues and the need to settle debt carried forward.