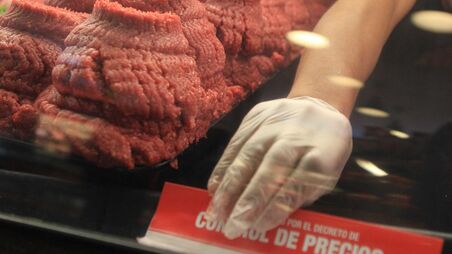 THREE cuts of meat no longer subject to price control.

Eight  products were  removed from the  list of  foods subject to price controls on  Friday, July 5 says  the Minister of Commerce and Industries (MICI), Ramón Martínez.

"We have identified products that are below the control price and the time is propitious to deregulating the measure because inflation is low and remains stable in food," said Martinez.

Among the delisted  are three cuts of meat: chop, breast, hock; eggs, macaroni, lentils, and beans.

There are 22 products, of the 59 that are in the basic family basket, whose prices have been regulated since 2014 at the beginning of the  Varela administration of Juan Carlos Varela, which had as a goal a saving of 58 dollars a month for consumers.

The new measure of the government of Laurentino Cortizo will take effect from Sunday, July 7.

Martínez said that other products which are regulated, will be gradually removed.

The statements of Minister Martinez were given during his attendance at the change of command in the Institutional Protection System.