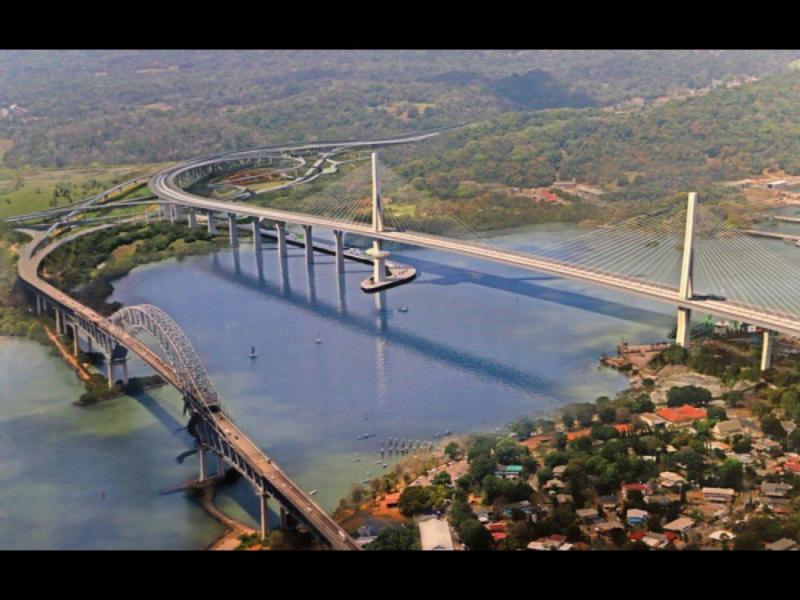 The construction of the $1.5 billion fourth bridge over the Panama Canal will go ahead but not this year says The Ministry of Economy and Finance (MEF).

The Director of Budget of the Ministry Carlos González reported that the 'formal' financing of the work collapsed, and there have been delays in planning so this year the project will not advance.

MEF Minister Héctor Alexander said that the Ministry of Public Works (MOP) should develop a schedule for the development of the project.

A MOP statement says that the programming of the fourth bridge over the Canal was not expected to advance in the way originally planned but stressed that it is going to be built.

At the end of  June, the MOP minister, Rafael Sabonge, said they were looking to get an 'interim loan' for the construction of the project and when the bridge is built, give it in concession to the state-owned National Highway Company (ENA).

On May 2, three days after the general elections, then President, Juan Carlos Varela, formally turned the first of the project construction to nr carried out by the Chinese consortium China Communications Construction Compay Ltd. and China Harbor Engineering Company Ltd., for a cost of $1.42 billion.

The Varela government even gave an advance of $ 67 million to begin construction.

Now, the work is suspended while the government of Laurentino Cortizo has moved to 'cool' Panama's relations with China.

The second phase of the beach corridor project will also be delayed, given the lack of funds reports La Estrella.

This bridge will never be build. Instead the old Government style stays in Panama. I will cancel my engagement here in Panama ( Coronado - P.City real estate project) because 2 hour driving time will not attract any buyers. There is no will to go forward here.

The cost and time to complete just doubled. Shut down, terminate employees, store equipment, re engineer, re bid, re start, re.......