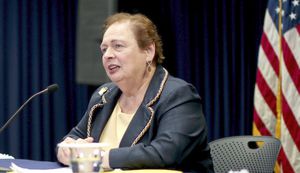 Aponte's nomination will be evaluated by the Senate Foreign Relations Committee, which will interview her in private and then hold a public hearing.

If approved by the commission, Aponte's candidacy as ambassador of Panama goes to the full Senate, where she must have 51 votes to receive approval for her appointment.

Among the previous positions that Aponte has held are that of US Ambassador to El Salvador and Assistant Secretary of State for the Western Hemisphere.

The US government also highlights that Aponte served on the board of directors of Oriental Financial Group in San Juan, Puerto Rico, and as executive director of the Puerto Rico Federal Affairs Administration at the Commonwealth Federal Agency in Washington, DC.