Ban on gas use continues in Costamare building 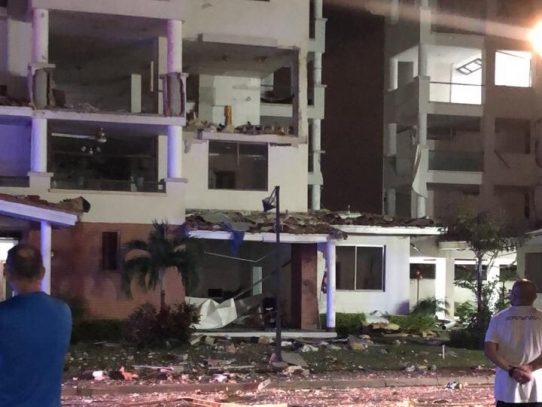 Over a week after the explosion  in one of the buildings located in PH Costamare in Don Bosco, near the Corridor Sur  the use of the gas system remains is still prohibited

The Panama Fire Department is still conducting investigations and has not authorized the use of gas until tightness tests have been completed, said spokesman Víctor Moreno

A 10-month old baby was killed in the blast on May 31  and 13 people were injured including Karina Lima, 35, the mother of the baby and her five-year-old son  Both are in a US Shriners’ hospital receiving treatment for massive  burns

The tightness test must be done every three years and the Fire Department is paid to issue the certification in each of the horizontal properties with the gas system reports TVN.

TThe Primary Care Prosecutor's Office has opened an investigation into the incident that made one tower uninhabitable and damaged three others. Prosecutors are investigating the incident
Share
Previous Post
Hardware stores reopen on Wednesday
Next Post
Deal inked for LNG distribution in Panama, Costa Rica