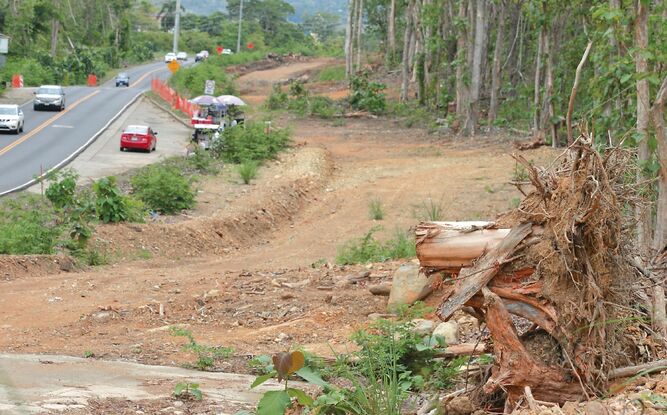 Panama’s Ministry of Public Works is revoking an $89.1 million road-building project that is only 10 percent complete and has raised the ire of environmentalists.

On January 17, 2018, the MOP delivered to the Astaldi consortium the order to proceed with the design and construction contract for the Omar Torrijos avenue between Corozal and the Centenario bridge.

Through a letter published in panamacompra.gob.pa on May 9,  Minister Ramón Arosemena informed the legal representative of Astaldi the beginning of the process of administrative revoking of the contract reports La Prensa.

Arosemena lists a series of breaches by the contractor, in environmental aspects, design delivery periods and control and monitoring of project execution.

The company has a period of five days to submit its disclaimers to the MOP. Once this term is fulfilled, the entity is in a position to issue the rescission resolution, which could be challenged by the contractor.

Astaldi Panama told La Prensa that "in conjunction with our legal team, it is advancing a response project to the note published by the MOP, which will be presented within the term granted by law."

Project after project, all over the country, some very large and many as small as a single lot, cut trees. I see trees having been cut, every time i go anywhere. It is law that cut trees must be replaced by newly planted trees, but where are they? There is the highly touted project planting 12,000 trees, but they're all in one area, and that number doesn't begin to represent the trees lost in the last 10 years. The law requiring replacement of trees that have been lost for any reason, is in dire need of being enforced. To ignore this issue as though it is unimportant is to ignore the evidence being made amply available all over the world. The health, well-being, and future, of the entire human race, requires a sufficient number of trees on the planet to provide oxygen, shade, water retention, water filtration, and sequestration of carbon. There's money being requested by agricultural interests for new wells. The need for agricultural water is understandable, but without trees to hold the rain water in the ground, long enough for it to find it's way into wells, they will be dry and useless. For any excuse that removes any tree, responsibility must be taken to replace it!

Do it right and make it beautiful. Nice multi-lane tie into Corridor Northe